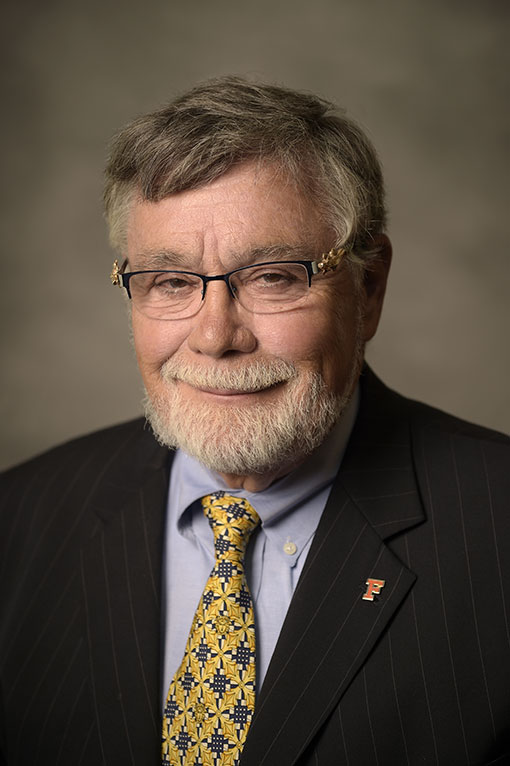 The attorneys and staff at Harris Harris Bauerle Ziegler Lopez are deeply mourning the loss of our founding partner and dear friend, Gordon H. "Stumpy" Harris, who died peacefully on April 1, 2021.

He was born in Atlanta and raised in Jacksonville. During his freshman football season in high school, his coach noted he was as hard to move off the line as a tree stump, and his teammates quickly dubbed him "Stumpy". In keeping with his signature optimism, Stumpy embraced the new nickname as a compliment. His positive life approach and the nickname stuck. At the University of Florida, Stumpy joined the Kappa Alpha Order, was elected president of the Interfraternity counsel, tapped into Florida Blue Key, and inducted into UF's Hall of Fame. After earning his undergraduate degree, he married Dorothy (Laing) Harris and entered the University of Florida College of Law, graduating third in his class in 1965. After graduation, he joined the predecessor firm of Holland & Knight in Bartow beginning his 55-year legal career. In 1970, Stumpy became a founding partner of the Orlando law firm Gray, Harris & Robinson, now GrayRobinson, where he developed a statewide reputation as an eminent domain attorney. In 2003, he was a founding partner of Harris Harris Bauerle Ziegler Lopez, where he continued to work until his death.

Stumpy and Dottie raised their two children in Orlando. He was a past potentate of Bahia Shriners, Senior Warden of St. Michael's Episcopal Church, and Chairman of the Board of Trustees of Trinity Preparatory School. After a divorce, Stumpy married Ruthie (Littleford) Harris and together they raised their son in Winter Park.

Those close to Stumpy remember his small acts of kindness from frequent deliveries of roses cut from his garden to annual birthday wishes. His rare combination of charisma, boyish charm, work ethic, and exceptional intellect allowed him to help thousands of clients and scores of friends and family solve problems. Nothing made him happier.

Our door is open.Our lawyers are at your service.

TELL US A LITTLE ABOUT YOUR CASE.